Posted on February 16, 2012 by Katarina Lovrečić 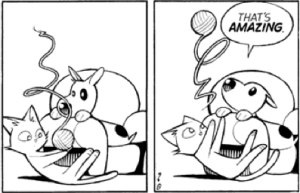 The Federal Research Public Access Act was introduced to the White House on February, 9 by representatives Doyle, Yoder, and and Lacy Clay. Exactly what Research Works Act wanted to prohibit, the FRPAA would require, or the open access policies that RWA aimed to eliminate, FRPAA would expand on.

As clearly stated in the full text of the proposed Act (FRPAA):

(1) the Federal Government funds basic and applied research with the expectation that new ideas and discoveries that result from the research, if shared and effectively disseminated, will advance science and improve the lives and welfare of people of the United States and around the world; and
(2) the Internet makes it possible for this information to be promptly available to every scientist, physician, educator, and citizen at home, in school, or in a library.

Basically, FRPAA would make free online public access to publicly funded research mandatory. However, not to be confused with policies such as NIH, the FRPAA wouldn’t specify the OA repository in which authors must deposit their manuscripts, the way the NIH specifies PubMed Central, and it mandates deposits in OA repositories, not submission to OA journals, and as such it focuses on green Open Access and does not provide funds for publication fees at fee-based OA journals (it ignores the Gold OA). FRPAA applies to the version approved by peer review but not yet copy-edited and it permits embargoes up to six months. Finally, it does not tell any kind of journals what their access policies or business models ought to be, it regulates grantees, not publishers. All these reminders about the past experience of the introduction of a similar bill, are explained through Harvard Open Access Project page, managed by Peter Suber.

Kakaes writes for the Slate magazine on how proposing a bill that would oppose such practice, as Research Works Act does, that would actually prohibit making publicly funded research publicly accessible, is about playing “the shell game, the oldest one in politics: an attempt to pass off the parochial interest of the few (journal publishers) as a broader societal benefit.” He further comments on Elsevier’s act of backing up the Research Works Act: “Elsevier and other commercial publishers have an incentive to encourage the publication of as many papers as possible, regardless of the quality. In a statement, Elsevier says laws like FRPAA could undermine the sustainability of the peer-review publishing system. These claims are easily mocked.” Kakaes finally concludes optimistically: “the movement toward open publishing now seems irreversible,” regardless of whether the FRPAA is passed, or not.

Most string tricks revolve around the same premise: The magician will appear to cut the string into two pieces and then somehow put them back together as one. As with most magic tricks, the secret lies in the preparation before the performance along with some sleight of hand.

It may seem that we have unfolded that old desire of string theorists who made up the mailing system for themselves that finally became an archive (arXiv), which “was a way for the theorists to communicate with one another,” as Kakaes reminds us, and expanded it to a desire to make this research results promptly available, as FRPAA clearly states (see above). Since arXiv, we have seen PubMed, its offspring, flourish.  In addition, universities such as Harvard or MIT are adopting OA policies. It seems only logical for this “open organism” to breed, and for us, to pull this string until it is long enough to see before us all of its elements stretched – until all federally funded research is available to all who could benefit from it, and not only in specific fields. If they’ve tried to cut it, it is no wonder that the string will be put back in one piece, like in that old magic trick where secretly, it is held in a loop.

“Open access legislation like FRPAA doesn’t just happen in a vacuum,” Michael Nielsen reminds us. “The Alliance for Taxpayer Access (ATA) is a Washington D.C.-based advocacy group that works to promote open access policies within the US Government.” Find your way to support them, here.