May 21 has been appointed by the UN as World Day for Cultural Diversity for Dialogue and Development. UNESCO adopted the Universal Declaration on Cultural Diversity in 2001 and in 2002, the UN declared May 21 the day to remind us all to think about the values of cultural diversity in society.

The 2012 campaign to promote cultural diversity, organised by UNESCO and the UN Alliance of Civilizations states the following goals:

The UN, on the official web-site page built for this special day, states that:

Placing culture at the heart of development policy constitutes an essential investment in the world’s future and a pre-condition to successful globalization processes that take into account the principles of cultural diversity.

Development is inseparable from culture. In this regard, the major challenge is to convince political decision-makers and local, national and international social actors to integrating the principles of cultural diversity and the values of cultural pluralism into all public policies, mechanisms and practices, particularly through public/private partnerships.

Now, this sounds wonderful. And it is, but this nicely-put quote awakened in us a rushing flow of thoughts and mind-provoking reasoning on the state of cultural diversity in the scientific industry world-wide. 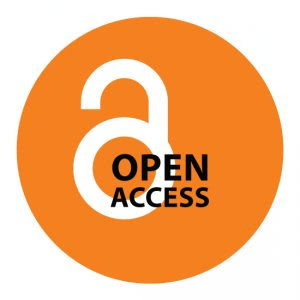 Confused about what does Cultural Diversity Day have to do with the science industry? Let us go back a few steps. Cultural diversity and heterogeneity in terms of a global, diverse array of science output centres is not an issue. Cultural diversity in science has been present, maybe, even longer than the same issue proposed itself in terms of civic and political engagement within and beyond local and global societies. In fact, there is no discrimination based on skin colour, religion or culture in science, as a scientific postulate by a researcher from an economically-less developed country does not have less relevance from the one of a Western country. But, what the global scientific community might be biased with, taking the example aforementioned, is the level of access to research and knowledge given to the Western country scientist in comparison to his less-developed country fellow. Being known in the scientific community that, on one hand, traditional scientific publishing requires paying for subscriptions to access published research, and on the other hand, it is a general conception that it publishes what is to be considered the scientific elite as it attracts readership, it all comes down to what turns around all industries today: money. If

getting a good education requires quite a bit of funding, and so does paying for subscription to access research, the economic imbalance between societies strikes and imposes the imbalance in cultural diversity in terms of heterogeneity of scientific research papers output. However, if this is an on-going discussion firing the global scientific community for decades now, with the introduction of open access and its benefits being free access to research world-wide, the science dinosaurs of our time might face what the animal-like did thousands of year ago: extinction.