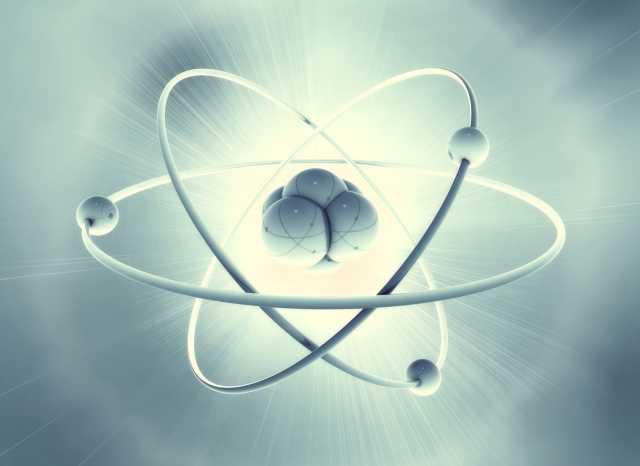 Quantum physics theories, being at the core of all scientific principles, rationalise the role of matter and its relations to energy, all on a scale of atoms. Quantum theory revolutionised physics as up until the 19th century, matter and energy where explained at a macroscopic scale familiar to how we perceive things. With the introduction of quantum physics, phenomena at both macro and micro level could be observed and explained unlike traditional physics has never been able to do before. Considering this scientific direction, the concept of gravitational quantisation arises, which may be just the solution to uncover one of the biggest mysteries of all time: the origin and nature of dark matter. Dark matter, which is estimated to comprise 83% of all matter in the universe, is still an unknown type of matter.

We spoke to Dr. Allan Ernest, a physicist from Charles Sturt University, Australia,  about his activities as a researchers, what is quantum theory, the subject of dark matter and the applicability of gravitational quantisation to understand the nature of the latter. Dr. Allan is the author of the chapter titled “Gravitasional Quantisation and Dark Matter” comprised in the book “Advances in Quantum Theory“, published last month by InTech.

InTech: Tell us something about your main field of study and main interests as a researcher.

My early career work was in atomic and molecular physics, looking at ionization and excitation mechanisms and using laser irradiation to control populations of long-lived metastable states of atoms and molecules. The work on dark matter began when I was investigating the theoretical properties of quantised structures based on gravity (rather than on nuclear or electromagnetic fields). What came out of this eventually was a theory that had potential to explain the nature and origin of dark matter using traditional quantum physics applied to gravitational wells. I have continued working in this area of research because it is an exciting area in which to work and the predictions have so far seemed to fit well with what is observed. I have also expanded the scope of the work to look more generally at the application of quantum theory to other problems in cosmology, such as dark energy.

InTech: How many papers have you published?

The notion of gravitational quantisation has evolved through the recognition that particle states in a steady central gravitational well need to be described in the same way that electrons are described in atoms, that is in terms of standing quantum wavefunctions, and as a discrete rather than continuous set. Up until recently the interaction of space-time and matter has been described solely by the geometrical approach of general relativity and in the astrophysical situation generally the motion of particles does not require quantum physics. However, the landmark work of Nesvizhevsky (referenced in the book) experimentally verified the existence of gravitational eigenstates in the laboratory, and we now know for sure that a quantum description of gravity is both valid and required in the most general case. To me this represents a fundamental shift in the way we need to view the nature of matter on large scales.

InTech: How exactly can gravitational quantisation be applied when studying the origin of dark matter? 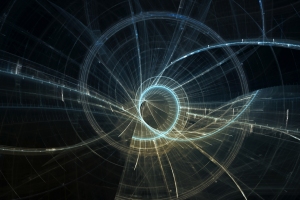 What is the origin and nature of dark matter?

In any quantum description, one usually finds the so-called eigenstates of the system. These are somewhat like the harmonics of a musical instrument or a cavity. If you analyze the eigenstates of a deep gravity well, you find that some of them are dark, meaning that they do not radiate or fall to lower states. They are also transparent and weakly interacting which has the effect of keeping them from reaching equilibrium by the traditional thermalising methods that would normally go on in the galaxy. Any ordinary particles such as protons or electrons placed in these states, or limited mixtures of them will be invisible and weakly interacting, and behave like dark matter.

InTech: When do we apply quantum physics and when classical physics in studying phenomena at a bigger scale?

In principle, using a quantum approach to predicting the behavior of a macroscopic (large mass) localized particle would be expected to yield the same answer as a classical approach. Indeed the correspondence principle was proposed originally to ensure that the development of quantum mechanics produced results that asymptotically approached the predictions of classical physics on large-mass scales. However this is not to say that quantum mechanics cannot yield novel macroscopic predictions in addition to the classical predictions. Superconducting quantum interference devices and macroscopic entanglement are examples of this. When the mass is very small classical physics breaks down, but this does not mean quantum physics breaks down at large scales and indeed, despite many experiments to isolate a mesoscopic region where quantum physics breaks down, no such region has been found. In a central potential well the initial state of a localized particle is necessarily described by the superposition of the broadest possible range of azimuthal, polar and radial eigenspectral components. Such eigenspectral distributions contain only an extremely small fraction of the dark quantum states, so the particle exhibits traditional cross sections attributable to those of traditional visible particles measured in the laboratory. However if the eigenspectral distribution is altered so that it contains predominantly dark quantum states then the various interaction cross sections of the particle can be reduced to the point where it can appear essentially ‘invisible’.

InTech: How can it be validated the application of quantum physics to yet an unknown phenomenon such as dark matter?

Any theory must ultimately be accepted or rejected based on observation and experiment. The important thing is to use the theory to make testable predictions. By its very nature, dark matter will be hard to observe directly. In my quantum dark matter theory there some interesting testable predictions regarding galactic and cluster halo x-ray emission spectra and the x-ray spectra in colliding clusters such as the bullet cluster. I am working on this currently and am involved with an observational group to test these predictions. Additionally the theory also makes other predictions about dark matter that should be testable, for example about the relative smoothness of halos, central dark matter density profiles and the ratio of visible to total matter.

InTech: Can you expand a bit on the latest research developments in the area of quantum gravity?

Quantum gravity attempts to fully unite quantum theory with general relativity both of which yield experimentally verifiable results within their own domain. The regime in which the quantum dark matter theory is developed is that of linearized gravity where, although the gravity wells are deep, the space-time is not sufficiently curved that the effects of general relativity need to be included. It is expected that any successful theory of quantum gravity should, in this limit, approximate to a standard quantum mechanical approach in a ‘linearized’ Newtonian gravity field, and that is what I have done here, although in the case of the galactic halo I had to use a logarithmic, rather than point mass, radial potential because of the inverse square radial density distribution of dark matter.

InTech: What would be the implication, physics-wise, of proving a new paradigm where it would be possible to describe particles at a macroscopic level?

I guess paradigm shifts happen slowly and contrary to what ‘should be’ such things often remain somewhat political, and what constitutes proof can be very relative. My feeling is that the further a new theory deviates from the established wisdom the longer it takes for it to be accepted, which is justifiable to some extent but can also be counterproductive. I am reminded of the three levels of development of scientific truth: (1) it is complete nonsense, (2) even if it was right it is totally irrelevant and (3) I always knew it was right… Thank goodness scientists are no longer burned at the stake!

"I guess paradigm shifts happen slowly and contrary to what ‘should be’ such things often remain somewhat political, and what constitutes proof can be very relative", Dr. Allan Ernest

InTech: How close are we in solving the mystery of dark matter?

Well if the LHC or dark matter detectors come up with a spectacular discovery then it might be very soon! But, I think realistically it will be some time before dark matter is fully understood. Even if my theory or someone else’s was correct I think it will many years before we can be sure of the answer. My experience in research is that every time you answer one question you raise five more – understanding nature seems to be an unending task!

InTech: What type of audiences will benefit the most from reading this book?

I think anyone involved in research into quantum theory and quantum gravity would find this book useful reading. Of course the material is somewhat technical so people outside the field may be somewhat daunted by what they read but hopefully they will be able understand the ideas and purposes behind the chapters without delving too deeply into the mathematics. I think it is very important that scientists can explain their research to non-experts and I would like to see someone take the ideas expressed in these chapters further and turn them into material that can be easily understood and appreciated by someone outside the field.

InTech: What are your future plans and your next projects?

I would like to keep working on further aspects of the quantum approach to dark matter. There is a lot of work to be done in making observational predictions based on the properties of the eigenstates themselves and on the formation scenario. I also am involved in some work relating to dark energy which looks quite promising, so I am keen to pursue that also.

InTech: Do you feel there are more benefits to publishing Open Access  in comparison to traditional publishing?

I think it is extremely important that researchers can openly share their information and findings. No university can maintain subscriptions to every journal, and it is particularly difficult for the poorer ones in underdeveloped and developing countries. Open access has the potential to enable researchers in all universities to read articles that they may not necessarily have easy access to otherwise. That must be good for research and further expanding our scientific knowledge.

To browse through more books on Quantum Physics free to read, share and download, please refer to the links below:

Dr. Ernest completed his PhD in 1991 at the University of New England, working on theoretical and experimental aspects of unusual atomic and molecular phenomena in ultra-pure, weakly-ionized plasmas, arising as a result of a newly discovered molecular metatsable species in nitrogen. His early post-doctoral work further investigated the role of long-lived metatstable particles in plasmas by using highly tuned laser irradiation to control and manipulate particle distributions and study the resulting changes in the electrical properties of the plasma. He has also worked in other areas of physics, including studying the optical properties of molecules and fiber optic sensing. Dr Ernest is currently working in the area of quantum astrophysics, applying quantum mechanics to gravitational wells to understand the nature and origin of dark matter using dark gravitational quantum eigenstates. He has worked in several tertiary institutions in Australia including the University of New England, the University of Tasmania and Charles Sturt University. He enjoys sports, including squash, indoor soccer and outdoor activities.