“Students have a crucial role in making Open Access a reality.” 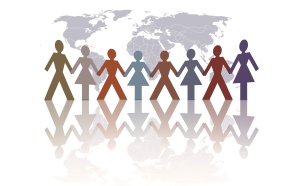 Nothing says “spring” like a student’s zeal in demonstrating that he cares. Shortly upon announcing the first European student summit on Open Access, the Right to Research Coalition has launched yet another gem: Open Access Flyer. The student-led Right to Research Coalition represents nearly 7 million students internationally, works to educate students on the importance of Open Access and to advocate for policies that open up access to research at the campus, national, and international levels.

What Makes it a Strong Tool?

In simple terms, the flyer points out the main problem: you can’t access research essential to your education. Few details are added to this problem such as journal subscriptions costs which can reach the price of up to 20,000 dollars per year. Also, the pie chart on the “problem” part shows how more than 40% of researchers surveyed in one of the wealthiest countries, UK, can not access necessary content on daily or weekly basis. The graphic is quite to the point, it alarms immediately about the speeding pace of this problem: “Journals have become increasingly expensive, to the point where no one has access to them all.”

Next, it is shown how this problem affects students, researchers, doctors, patients, entreprenuers, the public, the people in developing countries etc. Basically, all are denied access to the research they need. “Science is slowed, scholarship is hindered,” the handout warns, “and students’ educations are incomplete.” Why would we approve of society that stands only on its hinder legs while it has the internet technology and its open standard to support it?

We don’t have to, the pamphlet says and, as solution, open access to research material is presented. Students, that is 7 million students so far, are pointed at as those particularly in charge of  building a better system, an open access one.

“Get Involved” appendix gives further explanation of what open access is, and gives students the idea of what is being done already to make this movement grow: students all over the world are starting conversations, lobbying their governments, passing student government resolutions, signing Right to Research petition and more to make Open Access a reality. This should be reason enough for each student to contribute with his own ideas. Especially when the message fails not to recognize: “Students have a crucial role in making Open Access a reality.” Well, it certainly is a reason enough for me to try at my own mash-up of the flyer and post it around the University Campus in Rijeka, Croatia, where my office is set.

The new flyer is a short, but handy and flexible tool to be used in raising awareness abot the importance of opening access to research, around campuses. A customizable version can be downloaded for the mash up, and new versions can be created since it is CC-BY licensed. As a growing student voice, this flyer should become widely available on all social media networks.