Creative Commons Zero – No Rights Reserved, Just Get It Done Like the British Library Did

Posted on November 24, 2010 by Katarina Lovrečić

“Everything is possible, in terms of where, when and what. Just get it done!”
(Coca Cola Zero slogan) 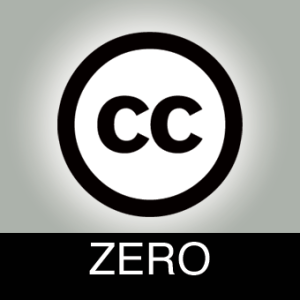 The person who associated a work with this deed has dedicated the work to the public domain by waiving all of his or her rights to the work worldwide under copyright law, including all related and neighboring rights, to the extent allowed by law, the license definition states. You can copy, modify, distribute and perform the work, even for commercial purposes, all without asking permission.

“Code is Law”, that is the phrase which Lawrence Lessig, one of the founders of Creative Commons, selected as the essential one to digital age. Without intermediaries, on an “as-is” basis, CC licensing works as a crucial drive to the idea of “free culture”, using internet technology as a tool for bypassing lawyers. Since nothing falls in public domain per se any longer, it is solely on people of culture and science to keep it alive, and on people of technology to keep it possible. Referring to the latest work of British Library, they stated at the JISC Open Bibliography project:

Agreements such as these are crucial to our community, as developments in areas such as Linked Data are only beneficial when there is content on which to operate.

We believe this vast dataset of bibliographic records – created and compiled by the British Library over many decades – has a range of applications far beyond its original purpose, and it’s going to be exciting to find out the new uses that organisations and individuals can make of this data.

The set released from the British Library comprises 20% of the entire catalogue, and it contains data on publishing activity from the United Kingdom and the Republic of Ireland since 1950.
Two digital homes to this intellectual output can be found at:

In addition to presenting their data, an ongoing exhibition on Growing Knowledge and the evolution of research at the British Library, presents the tools which will be (or are) available to actually use this data.

Who else will dare to waive their copyright, and make us live in a Coca Cola fairytale where everything is possible in terms of “when, where and what”? Let’s wait and seize.

1 Response to Creative Commons Zero – No Rights Reserved, Just Get It Done Like the British Library Did